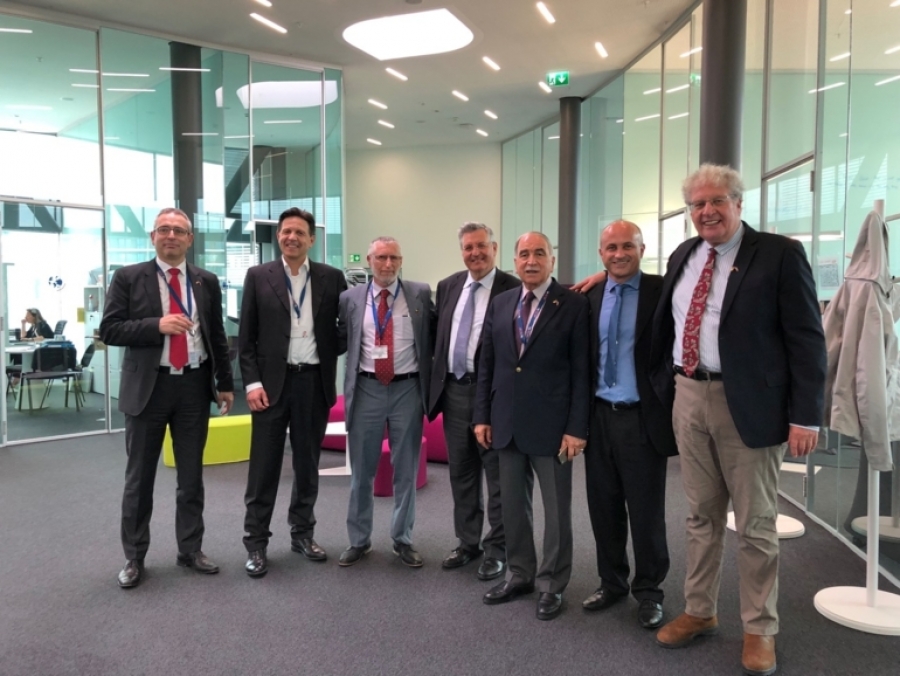 The ‘Barn Owls Know No Boundaries’ project brings people from Israel, Jordan and the Palestinian Authority to work together on solving environmental challenges. Nature conservation efforts, such as this one, are beneficial for all communities. More often than not, these benefits go beyond just biodiversity protection. Indeed, they may facilitate constructive dialogue across divides in conflict zones and perhaps even integrate nature conservation into peacebuilding interventions.

On Wednesday, 13 June, the Geneva Centre for Security Policy (GCSP) welcomed four panellists to present the unique project. For Professor Alexandre Roulin, expert in behavioural evolutionary biology at the University of Lausanne, barn owls represent a symbol of strategic and diplomatic skills. Not only are barn owls an effective and natural rodenticide, but their chicks also learn to negotiate within their nest when feeding on prey (mice and rats) their parents bring them.
The importance of the environment in the 1994 peace process between Israel and the Kingdom of Jordan was highlighted by General (Retd) Mansour Abu Rashid, former head of Jordan Military Intelligence, and General (Retd) Baruch Spiegel, a former Israeli Brigade Commander. Both generals explained how they fought wars for their countries and the difficulties they had when they were tasked to negotiate and implement the Israel-Jordan Peace Accords. Yet trust was paramount in establishing links which led to an enduring peace and a long-lasting friendship. Both speakers highlighted the role of border nature conservation projects in the preservation of peace.
Professor Yossi Leshem, a Senior Researcher in the Department of Zoology in the Faculty of Life Sciences at Tel Aviv University and the founder and Director of the International Center for the Study of Bird Migration at Latrun, Israel shared as well. He emphasised that bottom up initiatives can allow local actors from different countries to meet and collaborate and build trust. In the case of bird migrations, the peace process expanded due to environmental factors.
Ms Anna Brach, leader of the Human Security Cluster at the GCSP, concluded by stating that the environment is generally perceived as a source of conflict. however, this project shows that nature can become a source of peace.
During the discussion, the audience had the opportunity to get more familiar with the use of birds, and especially owls, as peacemakers in conflict areas.  This unique event brought not only inspiration to the audience but also optimism in displaying innovative ways to foster peace. 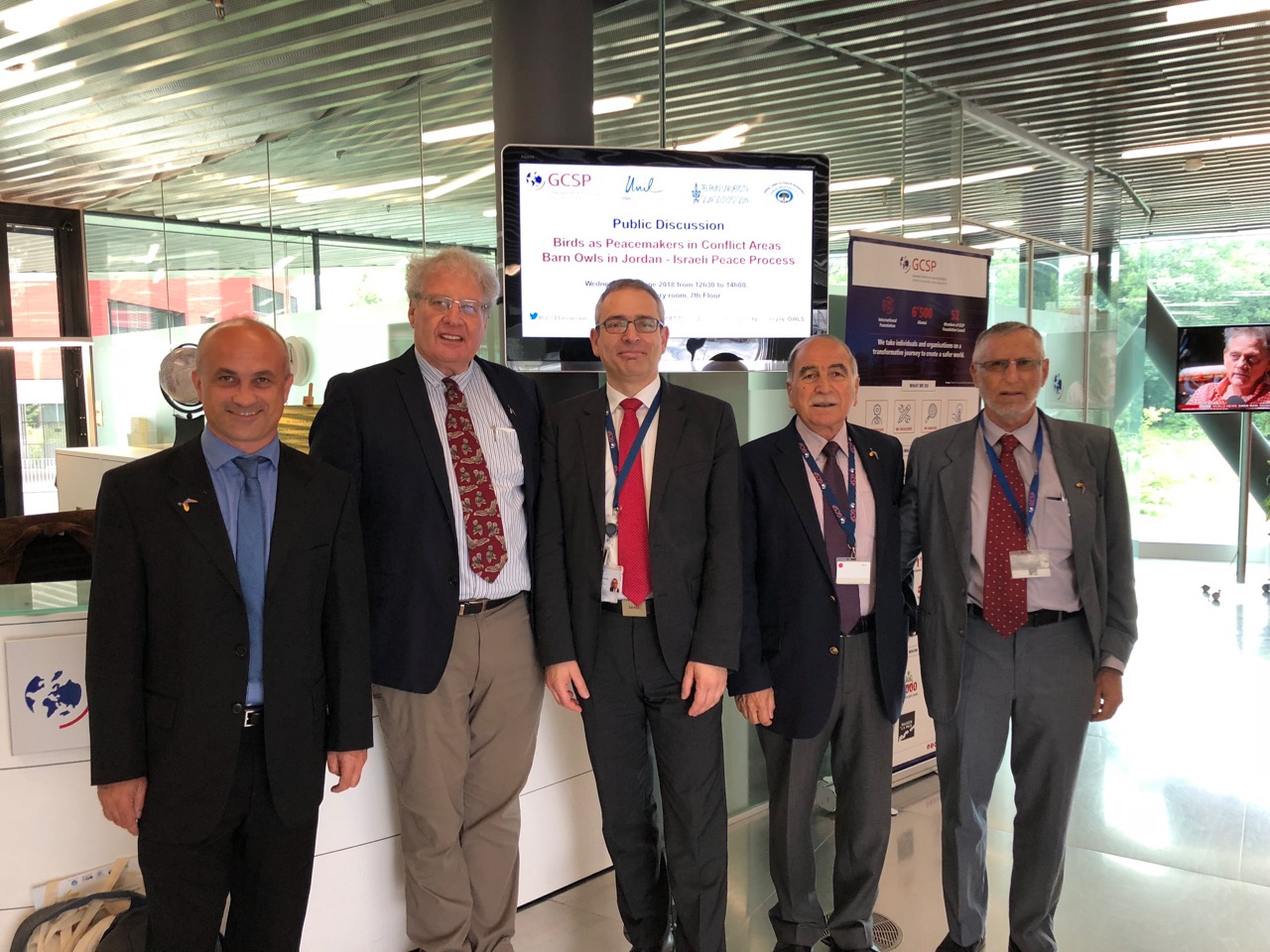 View the embedded image gallery online at:
https://www.christianbuehlmann.com/CMS/CMS2/profession/item/16805-repost-gcsp-ch-birds-as-peacemakers-in-conflict-areas-barn-owls-in-jordan-israeli-peace-process#sigProId5d9feb957d
Plus dans cette catégorie : « [REPOST- GCSP] A Delegation from the Ministry of Unification of South Korea visited the GCSP on 31 May [REPOST - gcsp] Executive Breakfast Discussion: Current Dynamics of the Geneva International Discussions, with H.E. Mr David Dondua »