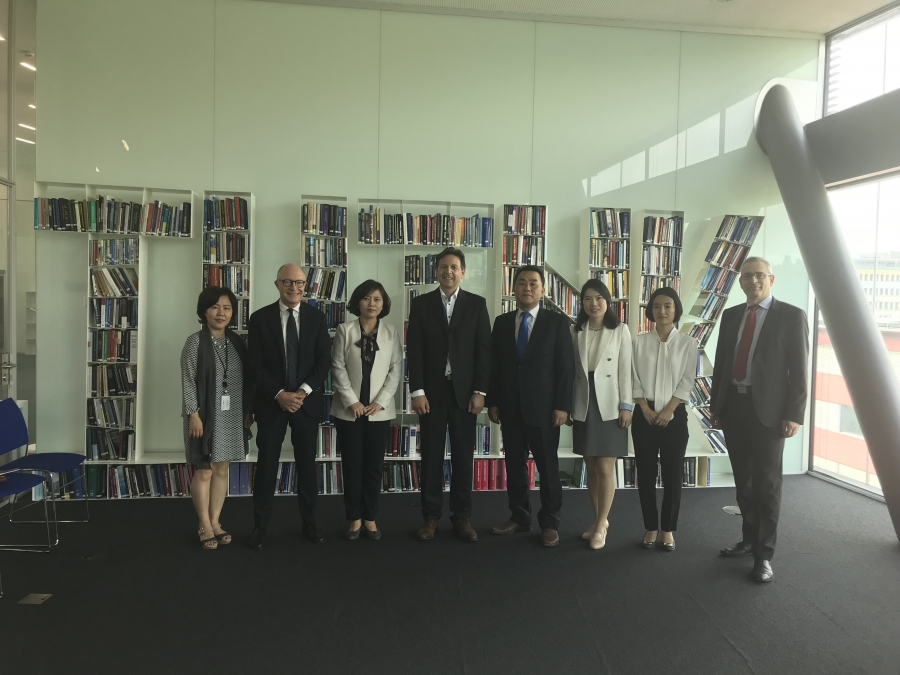 Delegation of the Ministry of Unification of South Korea, led by Director of Ecomonic and Social Analysis Division Kang Sung Hwan (center-right), at the GCSP on 31 May 2018 GCSP

A Delegation from the Ministry of Unification of South Korea, led by the Director of the Economic and Social Analysis Division Kang Sung Hwan, visited the GCSP on 31 May, for an exchange of views on the recent developments of the diplomatic process over the Korean Peninsula and to examine the prospects for cooperation in the field of dialogue promotion.

The participants stressed the crucial role of the US-North Korea Summit (scheduled in principle on 12 June) and progress on the nuclear issue for the prospects of peace and normalization over the Korean Peninsula. They also looked at the current developments in the North-South interactions, such as the high level dialogue established by the April 27 Declaration, and the various areas of cooperation that could be considered once a peace process will possibly be set on track. Recognizing that the current diplomatic initiatives represent a turning point in the Korean Peninsula, the participants welcomed the commitments of the leaders of the US and North Korea towards meaningful negotiations.

Representatives of the Ministry of Unification and GCSP also explored the potential of cooperation between the two institutions.

This visit takes place in the framework of the GCSP policy of promoting dialogue on the Korean Peninsula.