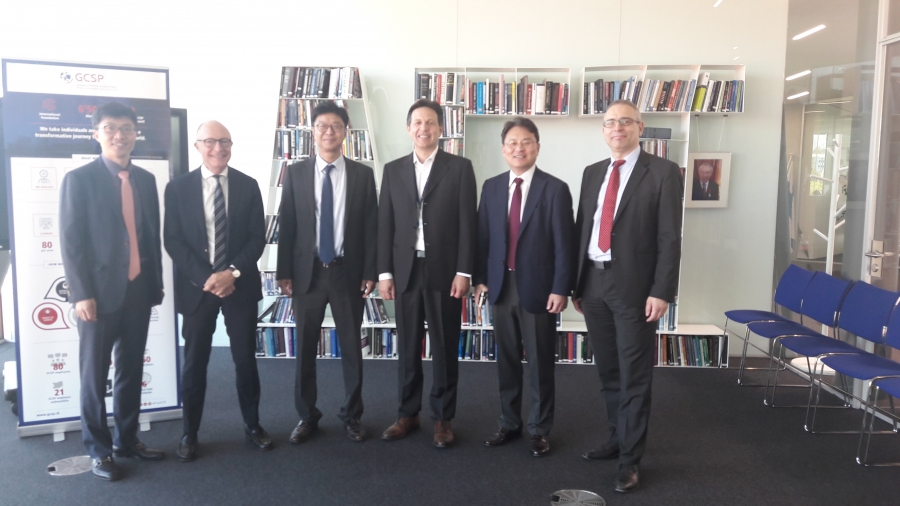 A Delegation led by the Director-General of the Research Institute for National Security Affairs (RINSA) of the Korea National Defense University (KNDU), Prof. Young Ho Kim, visited GCSP on 25 May, for a round of Strategic Talks focused on recent diplomatic developments on the Korean Peninsula and prospects of US-North Korean Summit in June.

The discussions addressed the issues of denuclearization and build-up of a peace regime on the Korean Peninsula, against the background of renew uncertainties regarding the holding of a Summit meeting between the two leaders, Donald Trump and Kim Jong-Un, planned in June in Singapore, which could pave the way to a negotiated solution of the nuclear issue and a lasting peace over the Korean Peninsula.

Among various issues, the participants examined the respective roles and interests of the regional powers, the significance and meaning of the North Korean peace initiative, and the merits and limits of the various strategies aimed at solving the nuclear issue and advancing peace on the Korean Peninsula. The participants recognized the importance of the current diplomatic developments and the value of the efforts by the South Korean leadership and President Moon to facilitate dialogue and understanding between the DPRK and the US.

This visit takes place in the framework of the GCSP policy of promoting dialogue on the Korean Peninsula.